Siamese fighting fish are one of the most popular freshwater fish in the world. They are known for their striking colours and aggressive behaviour.

In this article, we will take a look at how to keep Siamese fighting fish and what you need to do in order to make sure that they have a healthy environment.

What are Siamese Fighting Fish

Siamese fighting fish are a type of freshwater fish that are native to the Mekong River basin in Southeast Asia – Thailand (formerly Siam), Cambodia, Vietnam and Malaysia. They live in rice paddies and slow-moving streams.

They are also known as Betta Fish and come in many different varieties such as the veiltail, delta tail, half moon and double-tail. The most common variety however is the delta tail. Orange, red and blue Siamese fighting fish are the most popular colours of Betta.

Siamese fighting fish have a long history of being kept as pets by people who enjoy their aggressive behaviour and bright colours. They are popular as pets because they are beautiful, easy to care for and can live in small tanks.

They were first bred for this purpose in 1869 by an Englishman named Mr. Acland who lived in Singapore at the time. 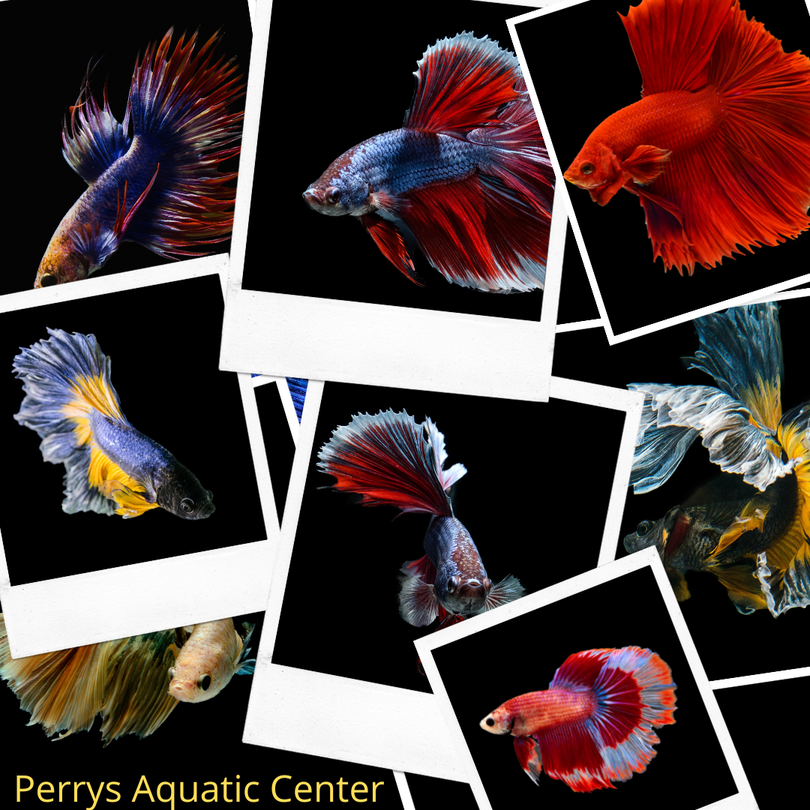 Siamese fighting fish are a popular fish to keep in an aquarium. They can be quite aggressive (but wont hurt you) and territorial so it is important to provide them with a large tank and plenty of hiding spots.

These aggressive, territorial fish are omnivores, which means they will eat both meaty foods and plants. You should feed them twice a day with a variety of foods like brine shrimp, bloodworms, flake food, and algae wafers.

It is important to monitor the water quality in your tank regularly as this will affect the health of your fish. It is also important to provide your Siamese fighting fish with clean water by doing regular water changes or adding dechlorinater to the water.

>>>How to Care for Your Betta Fish – Complete Guide<<<

How Long do Siamese Fighting Fish Live For?

Siamese fighting fish on average live between 2-4 years if you take good care of them. The length of your Siamese fighting fish’s life is directly related to the environment you keep them in. By maintaining a clean aquarium and providing good nutrition, you can help them live a long happy life.

Setting up a tank for your Siamese fighting fish is not that difficult. However, there are some things you need to know before starting.

An aquarium heater is recommended as well as plants, such as Java Moss or Java Ferns, to help keep the water clean and provide shelter for your fish. Breeding Siamese fighting fish is a rewarding experience for many people. It’s also a great way to learn about what it takes to care for these fish in the long term over their life cycle.
https://weightlossandtraining.com/topamax-topiramate

Betta fish are one of the most popular types of freshwater aquarium fish, but they can be quite difficult to breed.

Breeding these fish requires an understanding of the breeding process, which can be broken down into two stages: courtship and spawning.

Courtship starts when the male approaches a female with an erect dorsal fin and begins to circle her. The female will lay eggs during this time if she has been conditioned to spawn with a male before.

The eggs will then be fertilised by the male, which will continue circling her until she lays all of her eggs.

Spawning can take anywhere from 30 minutes to 2 hours, depending on how many females are being bred at once with a male.

So, the first step is finding two healthy, compatible Siamese fighting fish. Once you have them, you need to set up a breeding tank and make sure that it has all the necessary equipment like water conditioners and filters. The tank should have a temperature between 74 degrees Fahrenheit and 75 degrees Fahrenheit with a pH of 7.

The next step is to introduce the male and female into the breeding tank at the same time. You’ll need to monitor their behaviour closely because if they’re not ready to mate, they will fight with each other instead of mating.

You should also have a separate tank to house one of the fighting fish that is just for breeding purposes.

They should start breeding sooner or later. After you’ve successfully bred them, it is best practice to set up another full-sized aquarium and move the new-born fry to a separate tank.

When it comes to feeding, you need to be careful and only give them flakes, pellets, or a combination of the two. Some good food options as they mature are bloodworms, brine shrimp and daphnia.

Keeping Siam fighting fish is a rewarding hobby. They are beautiful to observe and taking care of them is relatively easy.

« Can Fish Drown?
The Complete Guide to Tropical Fish Shops in Your Area »