Siamese fighting fish, also known as Betta fish, are a popular pet and aquarium fish. In fact they are among the oldest species of domesticated fish. They are very colourful and have a lifespan in captivity of between 2 and 4 years.

From there, it goes through two stages from juvenile to adult. The juvenile stage is for about 3 weeks until it becomes an adult. Bettas are born with their natural colours present in their scales and fins.

The differences between these two genera are primarily colour patterns. Bettas have a black background with bright colours, while Boraras have reverse colours with a light background. 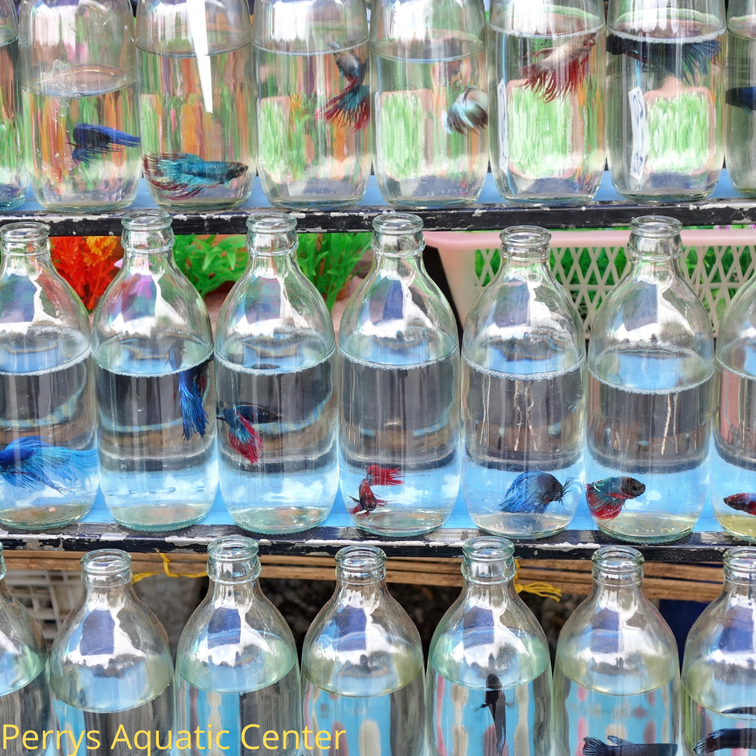 Siamese Fighting Fish on a Thai Market – Don’t Keep Betta Like This.

Siamese fighting fish are freshwater fish found in Southeast Asia, specifically Thailand where they can be found in lakes, ponds, rice paddies and sadly in cups and bottles on markets and pet stores.

They are small, brightly coloured including white and orange, but they are most often found in red and have a typical lifespan of 3 to 5 years. They are also known by their scientific name “Betta splendens“.

The length and quality of your Siamese fight fish’s life depends on the care and upkeep of their tank. Betta’s are very territorial and will become aggressive with other male Siamese fighting fish. For a solitary male, a five gallon tank is the minimum size, for more than one fish you should be looking at a 10 gallon aquarium.

Nutrition also plays a large part of your Siamese fighting fish’s lifespan. In the wild, betta fish hunt small insects to eat. While many other pet fish are content to have flakes of fish food, this will not suffice for them.

Fortunately, special pellets are available for Siamese fighting fish with their specific dietary requirements. We recommend you supplement their diet with; freeze-dried tubifex worms, bloodworms, brine shrimp or mosquito larvae

We stock an array of betta including orange, red and blue Siamese fighting fish which includes male and female Siamese fight fish for sale.

Numbers vary daily, so to be sure we have what you are looking for, call ahead to find out what betta, food supplements and tanks we currently have in stock.